Thanks for your impeccable service and friendliness, you made my dream come true.

Shakila came to see me with her 4 sisters and explained she was the last daughter to marry in her family, so this wedding had to be SPECTACULAR! Shakila had always dreamed of a fairytale wedding.

Their guest list totalled 650 so we chose the Ballroom at the Hilton. I designed two looks and they settled on the Greco-Roman theme, which included a dramatic water feature.

The Hilton was booked the day before so we could only get in at 7pm on Friday to build through the night to be set for 11.30am the next day. This meant a crew of 38 people on the job! Through the night, the stage was built, the lighting truss erected, hanging points created for the doves' cages, 90 tons of water pumped into the ballroom for the fountains & pond, 600 chair covers placed on, and 60 tables clothed. The florists decorated the urns and balconies in the room and erected 12 trees growing through tables. The rest of the tables had either crystal and gold candelabra and crystals scattered on the tables or birdcages filled with flowers. The 600 Cinderella pumpkin carriages favours from a USA supplier were filled 5 silver heart dragees by me and Samantha!

Guests arrived in coaches at 11.30am prompt followed by the groom - on a horse! Guests made their way into the Wellington suite where juice fountains served a mix of fruit cocktails and hot canapés were passed around while the DVD of their engagement party played.

Half an hour later, the marriage ceremony commenced with the priest officiating with K & his family.

After this the ballroom was opened and guests entered to the beautifully lit, Greco-roman wonderland. An electric harpist provided music.

Once guests were seated, the light was dimmed, and K entered with his party. After he was seated, the harpist played the Wedding March as the fountains came to life behind the stage and we opened the doors to reveal Shakila's wedding party entering under a spotlight. We held Shakila back to enter on her own; looking stunning in her gold & ivory lace dress, she beamed the whole way down the central aisle. The smile never left her face all day.

As she climbed the stage, the fountains reached their peak accompanied by a kaleidoscope of coloured lighting. High above the stage hung Doves in cages. The stage backdrop was framed by pillars draped in flower garlands. Dressing the front of the stage was a pond with floating candles, flowers and mist. The stage's elliptical steps were framed by balustrades. The 'thrones' were actually silver, but we colour washed them to look slightly golden.

After photos, the couple left the stage and joined their guests to eat. Cake cutting took place towards the end of the meal, a 7-cake creation with fountain spurting golden water displayed in front of the pond. The harpist finished and traditional music was played by the DJ as guests mingled.

After the cake cutting, the adjoining doors opened to reveal the fruit displays, chocolate fountains, an ice cream bar and a huge ice sculpture in the shape of the Cinderella carriage to complete the fairytale theme.

Meanwhile, the Wellington room had been transformed into a pier side entertainment area where the crèche staff were looking after 50 children with a Punch & Judy show and an inflatable popcorn & candyfloss stall.

As the day drew to a close, the toastmaster announced the couple's departure and guests followed them out where the couple was presented with a magnificent Mercedes by family - they drove off in this as the 600 guests cheered and waved. 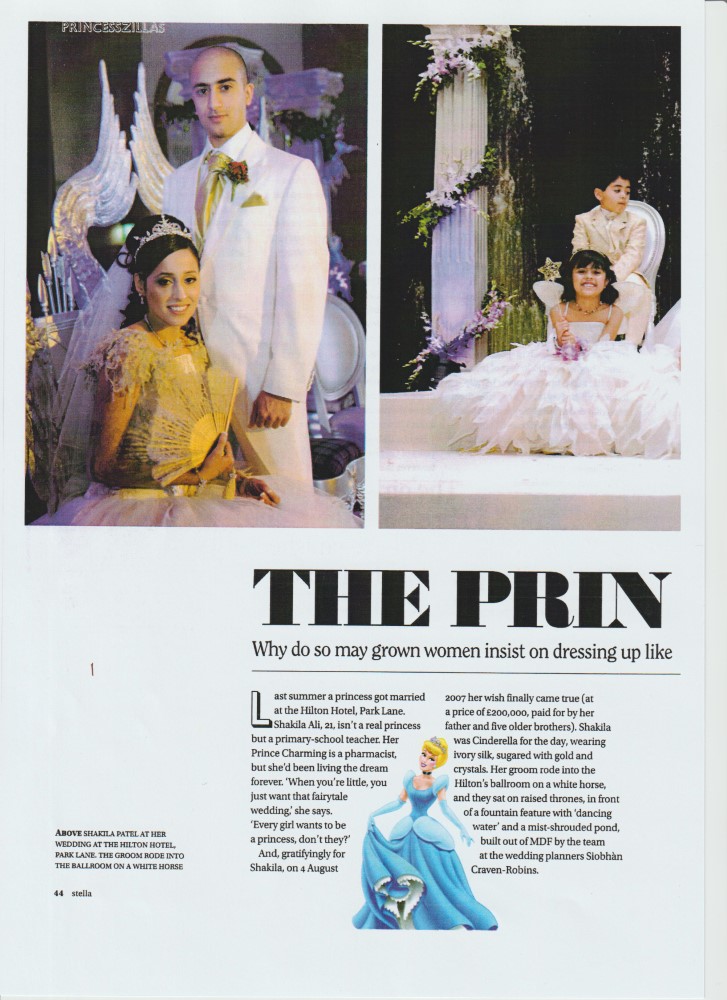 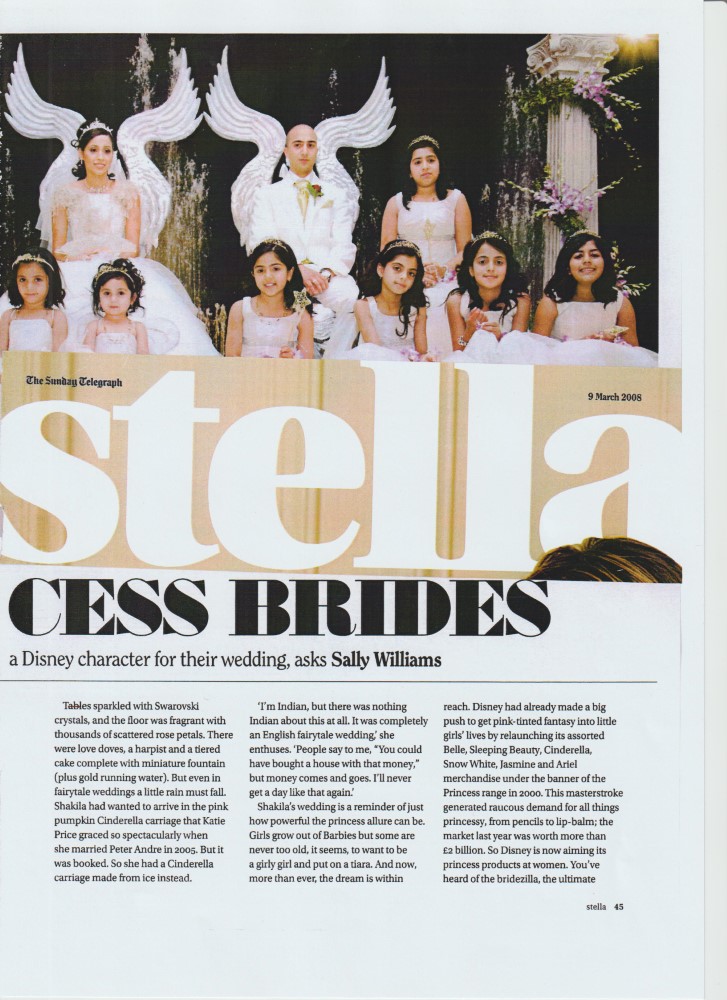